In this well known cartoon, IKEA presents the perfect way to interview a candiate - have them do the job to get the job. We have been using the 'IKEA Interview' with our clients for the past 10 years with great success. Clients love our job simulations based hiring process because it delivers real results and greatly reduces their risk of making a hiring mistake. Let me share a story of one of our clients.

This client is a provider of distributed workplace solutions. Their market focus is major urban centres across Canada. They had an opening for a General Manager.

As a start up organization with a newly built facility, the position of General Manager was critical. The owners would be heavily dependent upon the GM's organizational planning skills to enable them to develop an operational template for future expansion. The GM would be the face of the company, providing stability and direction in the midst of the chaos of opening.

The CEO had already interviewed several candidates and had narrowed his choice to one individual. This candidate been interviewed numerous times by the principals, partners, investors and family. They really liked this person and were confident they had the right person. However, because of the importance of this position, they agreed to try our process as added insurance.

We designed our job simulations with a view to what the GM's role would really entail. This was a position that did not exist - a start-up company with a new facility and a new service offering. It was seen as a 'cool' job. Our job simulations were designed to help both candidate and client step back and be objective.

The simulations take the 'sizzle' out of the hiring process and are a reality check for all participants. They forced everyone to focus on measurable performance competencies, not emotional responses (i.e. "I like him"). This position needed more than a Wal-Mart greeter. It required strong organizational skills and the ability to be resourceful and to prioritize on the fly.

Our second simulation was a telephone conversation where the candidates walked us through the Operational Plan that they had developed. Half way through one of the calls, the CEO realized that his number one candidate could not handle running this type of start-up. He was shocked. As a seasoned executive, he had done a lot of hiring in his career. The simulations made it clear that this candidate lacked the skills to be successful. Thei hiring process saved them from making a major hiring mistake!

The process also made it clear to the candidate that they were not a fit for the job at this point in their career. He realized that he would quickly be 'over her head' in this role. Our client ended making a very successful hire. However, the candidate they hired was someone who would not normally get to the second interview stage. He was not a good interviewer. However, the job simulations allowed him to demonstrate his real skills and ability. Our client got to see what he could really do for them in terms of organizational development and people/process management. They got to see their General Manager in action 'on-the-job' pre-hire. The choice was obvious!

The Leaders We Remember Most

How Hiring an Athlete help your Bottom Line

5 Things Great Managers Do Every Day

How to Choose the Right Candidate for the Job 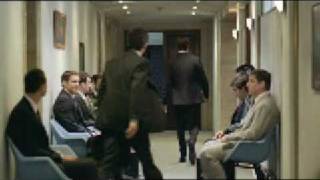 A New Year! A New Adventure! What will Yours be Like?

Resolve to Hire Higher This Year